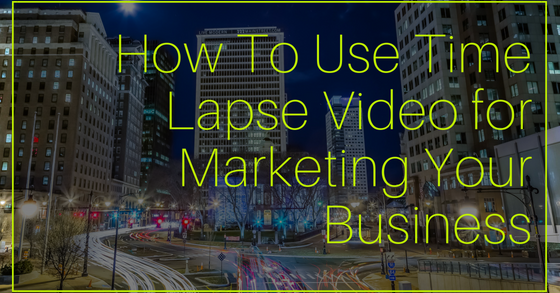 How To Use Time Lapse Video for Marketing Your Business

Posted On June 8, 2018  By Jennifer Blessing Miceli  And has No Comment

How To Use Time Lapse Video for Marketing Your Business

Normal video frame rates used today can vary from 24 frames per second to hundreds of frames per second (fps). However, when the fps is greatly reduced to a few frames per minute or even an hour, the effect speeds up the subject of your video. Processes requiring hours, days, or even weeks will appear to occur in the span of a few seconds or minutes. This is called time lapse video, and it enables you to view processes outside the normal range of human perception. Although time lapse is a well known video technique, businesses have yet to exploit it fully in their marketing efforts. Using time lapse video for marketing your business can be a smart option.

Time lapse video can engage the viewer in any number of ways. Because it’s not commonly used in marketing, it’s a novelty for many consumers. This, plus video quality, will be enough to hold the viewer’s attention. Novelty is the reason for the effectiveness of time lapse whiteboard videos, in which a person rapidly sketches pictures or writes notes while accompanied by a narrative soundtrack.

Time lapse also reveals interesting patterns such as stars moving in circles in the night sky, indicating the earth’s rotation. Fascinating lighting changes throughout the day are revealed. It’s well known in outdoor photography and painting, that an outdoor scene appears differently throughout the course of the day as the lighting changes. This effect has inspired painters to portray the same subject under different lighting conditions. Time lapse lets viewers watch these changes evolve in front of their eyes. Another interesting effect is the flight patterns of aircraft at night near an airport. Time lapse will make their lights appear like firefly activity.

Effects such as these can transform your marketing message into something artistic and even poetic. On the other hand, you can also make the ordinary appear humorous when certain types of activities are sped up, especially when accompanied by the right musical soundtrack. Time lapse effects can inspire, entertain, and educate.

Covering every possible marketing use of time lapse video isn’t feasible because there are too many of them. How it’s used will depend on the marketing message, the business, and the imagination of those who create it. However, here are three examples to give you an idea of its versatility:

Choose one of your busiest employees who moves around a lot and create a time lapse video of the person’s workday. You might title it “A Day in the Work Life of John Smith.” Perhaps John Smith is the CEO, a supervisor, or a hard worker in the shipping department. A time lapse video that compresses this person’s day into one or two minutes does a good job of highlighting the dedication and professionalism of your best people.

Miceli Productions used time lapse and hyper lapse as part of a tour of the Kingswood Oxford science building.

Showing a Manufacturing or Construction Process

The manufacture and assembly of complex products such as cars, sailboats, or airplanes in one or two minutes makes for fascinating viewing. It doesn’t matter whether the process is done manually, with automation, or with robotics, the video will hold the attention of your viewers.

Use time lapse video for marketing to impress customers, business prospects, or potential new investors. Many construction companies use time lapse to good effect by showing a multi-month construction project, from start to finish, in a short video.

Even though the video is obviously sped up, a time lapse will nevertheless convey a subliminal message of a fast and efficient customer fulfillment process. Choose a complex order and follow its processing, including the warehouse activity involved in picking, packaging, and shipping the order to the customer. You might even include its delivery to a smiling and satisfied customer in either accelerated mode or at a normal video speed.

Today, people have shorter attention spans and less time for viewing lengthy videos. The time lapse technique readily accommodates this trend by compressing lengthy processes into a one or two minute video that will engage the viewer. To learn more about using this technique to showcase your business, don’t hesitate to contact us. 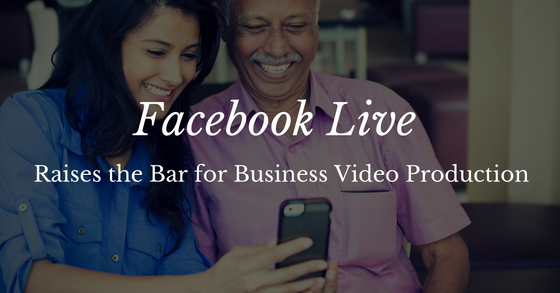 Posted On January 5, 2017  By Jennifer Blessing Miceli  And has No Comment

Change is constant. As you extend your business marketing and advertising initiatives, it’s easy to forget that the online platforms are shifting under your feet.

By now, you’ve probably heard that Facebook Live is ramping up, with a goal of much more video on Facebook to drive more engagement. That means that, during this transition, if you tell your story with video you may have a big advantage in terms of being seen. Facebook is prioritizing video in users feeds. You just won’t encounter many opportunities like this. 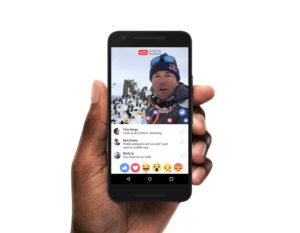 In case you missed it, this interview with Brent Csutoras, Social Media Strategist at Search Engine Journal, asserted that Facebook will now be giving companies that publish videos significant preference in terms of unpaid views.  This is reasonable speculation — Facebook needs everybody to get on board with watching FB videos while they roll out the project.

In addition, research by SocialBakers has shown that Facebook Live is easily catching and surpassing Periscope, the live video-sharing app that was briefly the growing darling of so many companies.  If you haven’t yet put together a Facebook Live strategy, and you are scrambling or even just wondering about whether that’s worth a major effort in this shifting environment, it’s a good time to take stock of your video presence and the realistic opportunities of the moment.

There are so many interesting takeaways from what we have learned so far that it’s not feasible to collect all of them into a post.  Most insights are only useful for some of our clients, after talking through what their specific goals are.  But that doesn’t mean we don’t have tips for anybody who resolves to go live on Facebook for the first time soon. 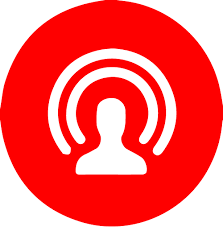 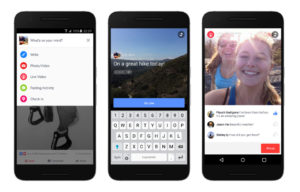 Maybe you want your brand voice to be casual – as effortless and intimate as a selfie. However, whether shared in Periscope, Snapchat, Instagram or Facebook, the natural easy-going message you want to produce is likely to look sloppy and unprepared unless you understand the bar that has been set for video production for business. Facebook recommends the use of professional cameras and microphones for good reason – they know that quality production helps with engagement.

We keep our eyes on the trends. We don’t let trends sweep us off our feet. Get in touch with us to learn more about what we do, and what you can do right now to take advantage of the current video environment.