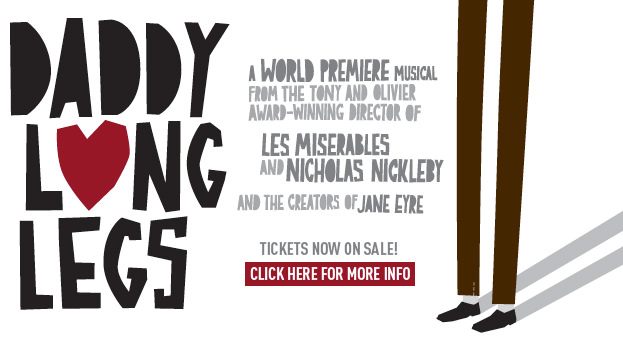 There are many compliments one can get in theatrical sound design, but few mean as much as being asked back to work with a great team.  Tony-nominated Broadway musical composer Paul Gordon (Jane Eyre) and Music Director Laura Bergquist worked with Miceli Productions‘ Sound Designer Michael Miceli on the 2009 production of Emma and will be working with Michael again on the upcoming world premiere of the musical Daddy Long Legs. Based on the Jean Webster novel by the same name and directed by John Caird (Les Miserables, Jane Eyre), Daddy Long Legs opens for previews at Cincinnati Playhouse March 13, 2010 and runs until April 10, 2010.  This is the third time Michael has been invited back to Cincinnati Playhouse and in response to his working with Mr. Gordon and Ms. Bergquist again he says, “I’m excited to work with Paul and Laura again; we had a great time on Emma.  I love Paul’s work – his style of music and the sensitivity of his material.  Partnering with and supporting the creative team has been my pleasure.”
To view behind the scenes mulitmedia of Daddy Long Legs CLICK HERE
Read More
© Copyright 2017 by Miceli Productions, LLC. All Rights Reserved.