Who Says The Drive-In Movie is Dead?

Who Says The Drive-In Movie is Dead? 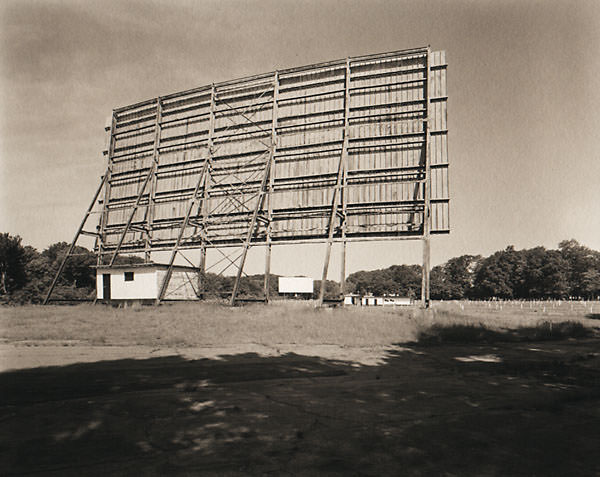 The Southington Drive-In is one of three remaining out door venues for film in the state of Connecticut.  It opened in 1954 and closed in 2002.  In 2010 the Drive-In was reopened but this time re-imagined as a community owned and operated project. This new vision and business model (renting the space out to civic groups and volunteers for fund raising events) resulted in $12,000 being raised by over 9 civic groups.  Sounds like there is some life in her yet!

Miceli Productions HD is proud to be a sponsor of the Southington Drive-In project and the producer of the pre-show advertising reel that plays before the feature film.  We love film and we love that one the last remaining out door film venues in the state can be revived and preserved.  Here’s the schedule for the summer – see you at the movies.

To view additional compelling photography of Drive-Ins from all over the U.S. (like the image you see about), visit the online photo gallery of Woodbury, CT photographer Carl Weese. 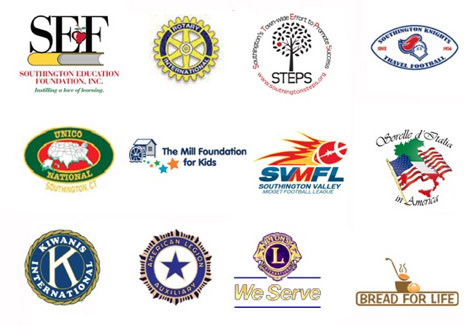 
46 Comments On Who Says The Drive-In Movie is Dead?

I just couldn’t depart your web site prior to suggesting that I really loved the standard info an individual supply to your guests? Is going to be again ceaselessly in order to check out new posts.

Wow, awesome weblog structure! How lengthy have you been running a blog for? you make running a blog look easy. The entire look of your site is wonderful, let alone the content material!!

Wow, amazing weblog format! How lengthy have you ever been blogging for? you make running a blog look easy. The total look of your website is magnificent, as neatly as the content material!!

Helpful information. Fortunate me I found your web site by chance, and I’m surprised why this accident did not took place earlier! I bookmarked it.

I journal typically and also I greatly cherish your material. This awesome blog post has honestly actually peaked my rate of interest. I am going to book mark your internet site and also keep looking for new data pertaining to as soon as a week. I opted in for your RSS feed also.

It’s a pity you don’t have a donate button! I’d definitely donate to this fantastic blog! I suppose for now i’ll settle for bookmarking and adding your RSS feed to my Google account. I look forward to brand new updates and will talk about this site with my Facebook group. Chat soon!

Excellent blog! Do you have any tips and hints for aspiring writers? I’m hoping to start my own site soon but I’m a little lost on everything. Would you advise starting with a free platform like WordPress or go for a paid option? There are so many choices out there that I’m completely overwhelmed .. Any ideas? Kudos!

Hi! Quick question that’s completely off topic. Do you know how to make your site mobile friendly? My website looks weird when viewing from my iphone4. I’m trying to find a template or plugin that might be able to resolve this problem. If you have any suggestions, please share. Many thanks!

I was wondering if you ever considered changing the structure of your website? Its very well written; I love what youve got to say. But maybe you could a little more in the way of content so people could connect with it better. Youve got an awful lot of text for only having one or two images. Maybe you could space it out better?

It’s a pity you don’t have a donate button! I’d certainly donate to this superb blog! I suppose for now i’ll settle for book-marking and adding your RSS feed to my Google account. I look forward to brand new updates and will share this site with my Facebook group. Chat soon!

I take pleasure in visiting your blog. You are certainly clever and also compose so well. Kudos with respect to working doggedly on this particular internet site.

With havin so much written content do you ever run into any issues of plagorism or copyright violation? My blog has a lot of exclusive content I’ve either authored myself or outsourced but it appears a lot of it is popping it up all over the web without my permission. Do you know any ways to help reduce content from being stolen? I’d certainly appreciate it.

Hmm is anyone else encountering problems with the images on this blog loading? I’m trying to determine if its a problem on my end or if it’s the blog. Any feedback would be greatly appreciated.

Howdy! Someone in my Facebook group shared this site with us so I came to give it a look. I’m definitely loving the information. I’m book-marking and will be tweeting this to my followers! Fantastic blog and outstanding design and style.

I am really loving the theme/design of your site. Do you ever run into any internet browser compatibility problems? A handful of my blog visitors have complained about my site not working correctly in Explorer but looks great in Firefox. Do you have any suggestions to help fix this issue?

I do agree with all the ideas you’ve presented in your post. They’re very convincing and will definitely work. Still, the posts are too short for beginners. Could you please extend them a little from next time? Thanks for the post.

You are a very capable individual!

Greetings! This is my 1st comment here so I just wanted to give a quick shout out and say I really enjoy reading your articles. Can you suggest any other blogs/websites/forums that deal with the same subjects? Thanks a lot!

Hi! Someone in my Myspace group shared this site with us so I came to take a look. I’m definitely enjoying the information. I’m bookmarking and will be tweeting this to my followers! Exceptional blog and amazing design and style.

It is very important for you to have intense workouts while you are in season, but slow things down once the season is over.

Hi! This is my 1st comment here so I just wanted to give a quick shout out and tell you I truly enjoy reading through your posts. Can you suggest any other blogs/websites/forums that go over the same subjects? Thanks a lot!

Every position on a football field has different requirements and team expectations.

Be aware that the ball can come to you at any point in time.

Where do you begin when you decide that you want to start blogging? Everyone has something to say and blogging can be the perfect way to say it.

When passing the ball make sure that your heel is down and your toes are pointed upward.

Then, go outside and begin practicing it.

Your blog must offer compelling and unique content in order for it to be successful.

You should try making a decision on your next move before you even receive the ball.

You can’t consume enough water during the match to replace all the fluids you lose while playing, so you need to get a head start.

By providing additional blood flow to your muscles, tendons and ligaments, warm-ups and stretching increases your body’s flexibility.

Now that you have read this article, you should be more educated on all the different soccer strategies there are.

Make sure you are constantly switching the ball back and forth in the game.

Eating a variety of lean proteins and complex carbohydrates help give you the energy you need.

Thank you for your whole labor on this web page. Betty loves carrying out investigations and it’s really easy to understand why. A lot of people notice all relating to the lively mode you create good suggestions on this web blog and therefore inspire participation from people on that matter and our own simple princess is undoubtedly becoming educated a whole lot. Enjoy the rest of the year. You are doing a splendid job.

I am really loving the theme/design of your site. Do you ever run into any internet browser compatibility problems? A number of my blog readers have complained about my blog not operating correctly in Explorer but looks great in Opera. Do you have any solutions to help fix this problem?

Today, while I was at work, my sister stole my iphone and tested to see if it can survive a 40 foot drop, just so she can be a youtube sensation. My apple ipad is now broken and she has 83 views. I know this is entirely off topic but I had to share it with someone!

June 23, 2011 - 2:41 pm
As a photographer you have to do what it takes to make a good photo the priceless photo your client needs it to be. Miceli...
© Copyright 2017 by Miceli Productions, LLC. All Rights Reserved.