Posted On January 16, 2015  By Jennifer Blessing Miceli  And has No Comment

Ever wondered what goes into producing a high energy, fast paced music video for a technical death metal band? Well, we have some insight into filming a music video.

The metal band in question is Eschaton, a band whose members hail from all over the USA; and when they come together, they make for an explosive, energetic act. They called upon Miceli Productions to create a video with stylish camera moves, interesting retiming elements like slow motion, and creative lighting that would sync with the pace of their song as well as give the video an intense visual environment.

After discussing the look with the band, they showed a strong interest in shooting the video in some sort of barren industrial setting to give it a dystopian or apocalyptic look, since their music deals with such themes. We shot on location in an industrial factory space with support beams that ran down the center of the room, old original brick walls and huge metal plates in the floor. There was also a hallway at the northwest end of the space which was the entrance to a loading dock area. We utilized every part of this great space to craft our shots and give the gritty factory look Eschaton was trying to achieve.

In order to accomplish the desired look, we utilized many different camera techniques, styles, and angles. The main camera angle was our Canon C100 production camera on a crane to capture moments of the band as a group. During these takes, we would also employ various other cameras capturing smaller groups and even individual musicians. One such camera was our other C100 camera on a slider, to add some interest to the shot. 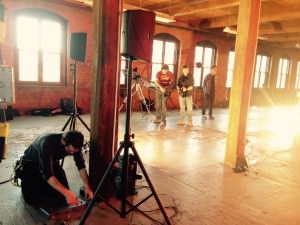 After the group shots, we went on to shoot the individual musicians in different environments around the warehouse. We used vibrant colored lighting on the walls of the hallway and a great amount of fog to create an impressive solo shot for each of the guitarists. We used this same lighting on a white wall to give the vocalist, Jason, his high-intensity solo shot as well. For Darren on the drums, we used low-swinging crane moves and GoPro Hero cameras to get every detail of the drum set as well as to capture the precision of Darren’s notes. Filming music videos with GoPro cameras gives you access to some hard to reach angles.

Our behind-the-scenes promo above gives a brief look at the shoot, showing a time-lapse of the setup involved, including the crane and lighting setups, as well as some of the shooting we did.  Share your ideas for filming a music video with us and we’ll bring your vision to life.

Stay tuned for the premiere of this sick-awesome music video. 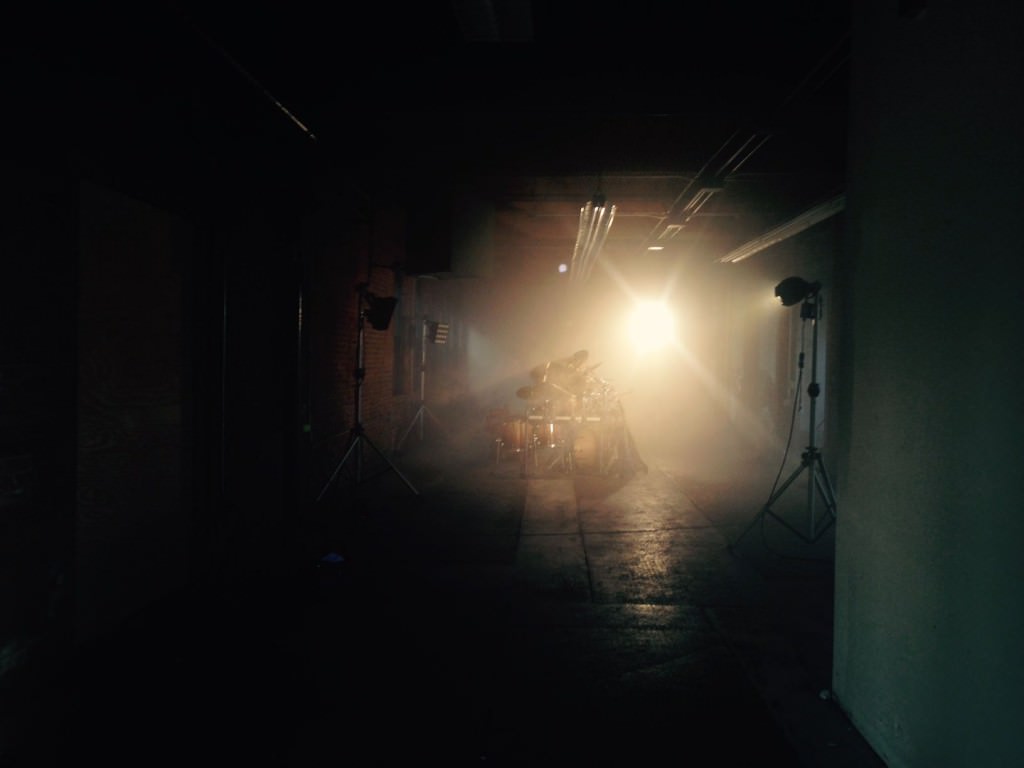 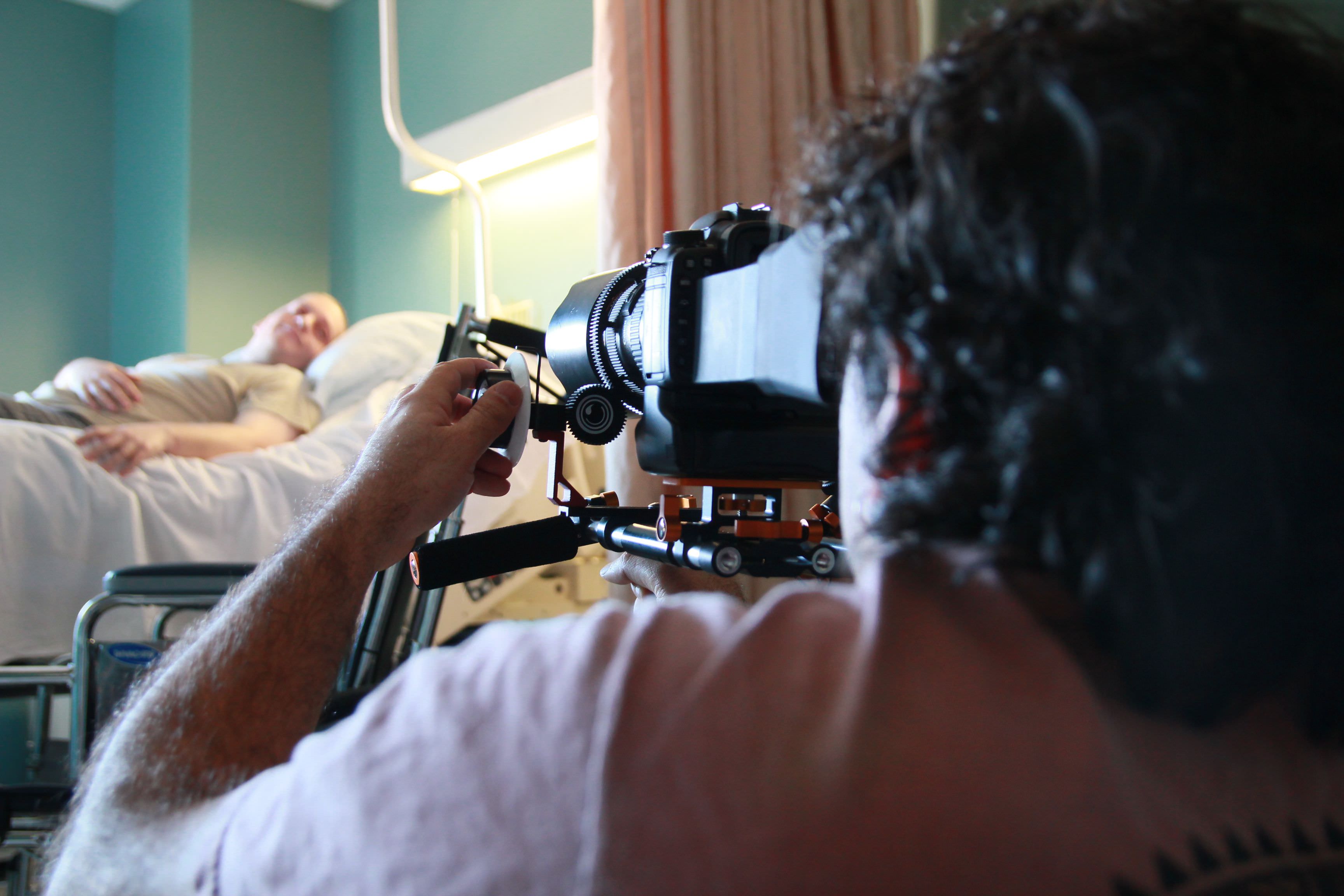 December 29, 2014 - 8:06 pm
Introduction To use the cliche, not all video content is created equal. High-quality video content...
© Copyright 2017 by Miceli Productions, LLC. All Rights Reserved.