How to Capture a Sleek, New Product in a Harsh, Chaotic Environment

Home / Blog / Video production / How to Capture a Sleek, New Product in a Harsh, Chaotic Environment

How to Capture a Sleek, New Product in a Harsh, Chaotic Environment

Posted On November 30, 2015  By Jennifer Blessing Miceli  And has No Comment
Miceli Productions captures Sennheiser’s sleek, new product – the D1 Evolution Wireless system –  being used by musicians at VANS Warped Tour. Needless to say, the experience was like none other.

During the course of the day, we got to see the insanity of the tour’s environment. Dirt filled the air as excited fans danced and jumped around the open fields of the Xfinity Center in Hartford, CT — where a majority of the stages for the tour were set up. The band members jumped around as well, banging their heads and swinging their instruments around. It was truly an event to remember, and being able to take a camera in to capture it provided and opportunity to get some really awesome footage.

Our gear for the shoot was diverse. The Miceli Productions crew were all equipped with Panasonic cameras — the GH4 (a mirrorless 4K camera), the new HC-X1000 camcorder, and the FZ1000, a very impressive bridge camera by Panasonic. We were all shooting in 4K to allow for the ability to crop for the 1080p output. Mike M. also had a Canon 5D Mark III with a 12-24mm lens to capture quick wide shots of fans as they walked around the event.

Since the environment was so chaotic and wild, we got to experiment as a camera crew, which is something we love to do. Using slightly fast shutter speeds allowed us to create footage that made wild movements slightly staccato to accent the chaotic nature. We also employed selfie sticks and monopods to lift our cameras high into the air to get creative with areal crowd and performer shots. Another cool thing we love to do when warranted is turn our cameras upside down on the monopods and walk next to crowds of people. This created shots that looked like a “dog’s-eye” view of the fans as they traversed the expansive venue.

Along with the creative b-roll, we needed to capture the artists’ interviews during the loud performances. We had a Rode VideoMic Pro mounted to the top of the GH4 and we had to be sure that we were close enough to the artist so that their voices didn’t fall away into the intense sounds of the bands. Despite the large amounts of background noise, the interview audio was very audible and the background concert audio added nicely to the concert environment we were trying to accentuate in the videos.

“In my opinion, the best part was choosing at times to shoot at 60fps. Out of the three cameras, I got to use the FZ1000, which is an incredible camera for its price point. It has a fixed mount 25-400mm zoom lens (which has a max aperture of f/2.8 at the 25 end and f/4 at 400), the ability to shoot in Ultra HD 4K, and a 20.1 megapixel sensor to allow for some beautiful images. However, it can only shoot 60fps at 1080p unlike the GH4 and HC-X1000. Despite this, I found that it was a beneficial choice to switch to 1080p/60 every so often. The way I had it set up was that I was in my normal 4K/30 movie mode for most shots; but I would switch to the Intelligent Auto mode, which by default shoots in 1080p/60, only when I saw something of interest happening. This way, when we brought it into our Final Cut Pro X project (set up to be 1080p/30) we could create some beautiful slow-mo shots to mix with the chaotic staccato of the 30p clips.” – Mike Ferretti, Miceli Productions, Cameraman

As far as the videos for the Evolution D1, this couldn’t have been a better backdrop. Sennheiser wanted to show that their new digital wireless systems could withstand the harsh, chaotic, and at times damaging environment that is a live concert event — which it totally was. That day, we found that it became a necessity to wipe lenses down constantly throughout the entire of the event. However, because this environment worked so well, the story of the D1 became that much more impressive. The main point all the artists came back to over and over again was the reliability and stability of the D1, even when being exposed to the insanity that is the VANS Warped Tour.

Sennheiser On the Road with VANS

Sennheiser D1 On the Road

A Season of Thanksgiving: Simple Joy 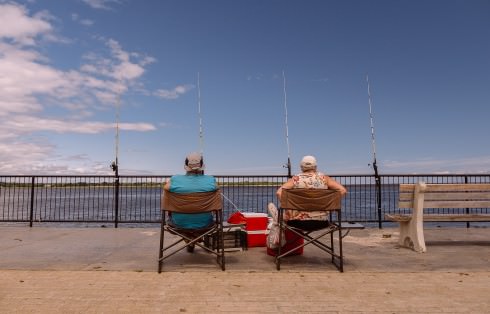 A Season of Thanksgiving: Simple Joy