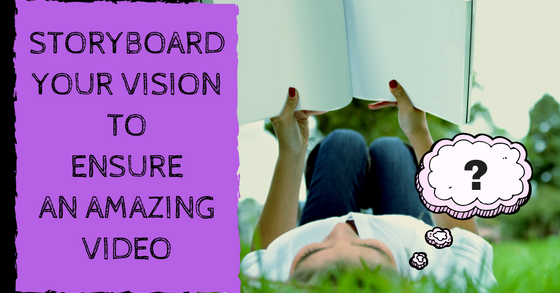 Posted On October 14, 2016  By Jennifer Blessing Miceli  And has No Comment

What’s a storyboard? We all remember the painstaking process in English class of creating an outline for our assigned theme paper. The teacher would not let us write a word until that outline was complete and perfect. Maybe we didn’t understand it at the time, but those teachers *knew* that without an outline, our writing would be unfocused and would never take us on the journey our writing was meant to follow.

Storyboarding is the video production equivalent of those high school English class outlines, and a storyboard is just as important to your video production as it turns out your outline was to your theme paper.

Storyboarding is the visual equivalent of the outline, as it lays out a sequence of visuals, script and music for your video. The storyboard is composed of a series of images, either drawings or still images, with notes and/or scripts below, all laid out in the order they will appear in the video.

Disney animator Webb Smith is credited with creating the storyboard by drawing sketches for the sequence of a Disney animation and posting them on a bulletin board for the animation team to understand.

Who Creates Your Storyboard?

Storyboarding ultimately is a collaborative effort between you and the video producer. If you have ideas about how you would like your video to appear before meeting with the producer, sketch them into a storyboard (you can create your own or find a template online). The producer will work off your storyboard, generating more ideas based off the producer’s experience.

If you just a have general idea of what you want in the video, then the producer will sketch a storyboard during your meeting and refine it later. The storyboard will undergo numerous revisions during the planning stages before a final version is agreed upon before production begins. 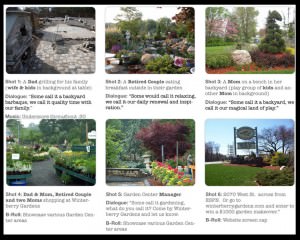 Why Is Storyboarding Important?

First, storyboarding is the best way to ensure you and your producer are on the same page. It provides a visual method for you to explain your vision to the producer, and for the producer to share her/his vision of the final product.

Second, storyboarding guarantees nothing is left out. Many ideas can get tossed around during the planning process, but when they are recorded visually on the storyboard, they won’t be forgotten during the production and editing steps.

Third, storyboarding meshes the visual and verbal parts of the video.  The best time to determine if a piece of script is not going to make sense with certain visual images is during storyboarding. Or maybe you realize part of the script can be told better in a series of still images rather than video. Or maybe some graphic elements need to be created and inserted. Ultimately, it leads you to conclusions on how everything will fit together.

Fourth, storyboarding ultimately saves time and money. With a solidly planned storyboard, the video producer doesn’t waste time capturing a lot of video content that doesn’t make it into the final product. This especially saves money if you are hiring professional actors as you limit their time on the clock or on larger sets where there is a large crew. Even if you are using your own staff, you limit their time on this project and get them back to their regular work. The editing process also will be shortened and more cost effective without the need to wade through excess video footage.

How Do I Get Started on my Storyboard and Video?

You’re off to a great start by understanding storyboarding. If you already have your vision for a video, sketch out your ideas into a storyboard. Watch other videos and see if you can envision the storyboard behind them. Get more ideas for you own. Then, contact us for an opening consultation on your video so we can share ideas and see how best to translate your vision into an outstanding video.

Does your video strategy need a metrics and ROI review? 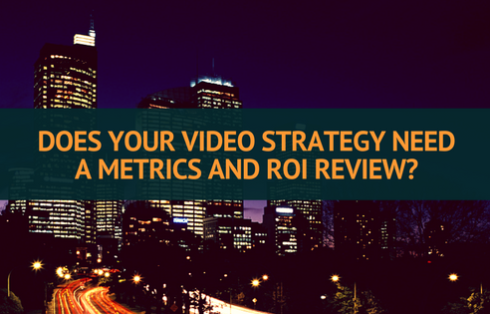 Does your video strategy need a metrics and ROI review?

October 6, 2016 - 7:43 pm
Does your video strategy need a metrics and ROI review? Companies that are following the video landscape this...
© Copyright 2017 by Miceli Productions, LLC. All Rights Reserved.